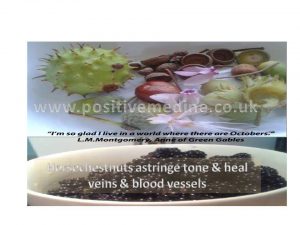 Varicose veins are swollen, bluish veins, sometimes with a twisted appearance.
They are often on the backs of the legs and frequently accompanied by a sensation of pain, heaviness & restlessness that worsens on standing.

Veins contain tiny valves that ensure blood only flows one way. If the walls of the veins become fragile or lose the power to contract sufficiently, the valves can become ineffective, allowing blood to distend the veins.

Varicose veins are thought to result from a susceptibility that is triggered by a variety of factors, some known, such as spending long hours standing or sitting, hormonal changes such as pregnancy, and some unknown or guessed at.

Susceptibility can be treated with homoeopathic remedies which involves an individualised prescription following a consultation.

A homoeopathic prescription is based on a totality of symptoms and constitutional factors, including body type, food preferences, environmental sensitivities, temperament and reactions to stress.

A homoeopath will ask questions that may seem unrelated to the veins, but are relevant to a homoeopath who is aiming to treat you as a person and reduce your susceptibility. The veins are an end-result of total chemical-emotional make-up with all its ups and downs and they will heal as the chemical-emotional totality becomes more even and regular which tends to optimise conditions for a return to normal function and form.

Fragility and hardening can result from reduced elasticity.. The ability to expand and contract is important to the healing of the venous structures as of course it is to life in general.
One of the definitions of health used by homoeopaths is the ability to adapt.

Adaptation is the key to flourishing in different circumstances, environments and influences and stimulation of the ability to adapt is one of the chief aims of the homoeopathic treatments.
A programme that includes homoeopathic remedies, tissue or cell salts and selected plant tinctures, along with some tweaks to diet and lifestyle, can be effective in encouraging a sluggish metabolism or congested system into increased activity and strengthening and toning the entire venous system.

The tissue salt that is often used for this is Calc fluor or calcium fluoride 6x or 12x, one of the 12 inorganic tissue or cell salts. It is the pregnant woman’s friend as it increases elasticity and strength and tone in all the bodily structures and tissues and is particularly helpful for veins. Calc fluor is recommended to be taken two or three times a day.

[list type=”arrow”][li]Many plant tinctures have the power to gently cleanse, tone and normalize bodily functions and structures.[/li][li]They work steadily, gradually helping to build new healthy tissue.[/li][li]Milk thistle and Dandelion cleanse and tone the liver and gallbladder which helps the whole system run more smoothly.[/li][li]Nettle is rich in iron, revitalizes the bloodstream and invigorates the entire system.[/li][li]If hormones need regulating consider Agnus castus or Bladderwrack.[/li][li]If you want to boost the circulation consider Bilberry, Ginkgo biloba or Rosemary.[/li][li]External preparations are an important part of the programme.[/li][/list] 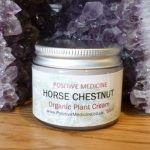 First in importance and effectiveness is Horse chestnut cream.
It has a long history of use for varicose veins and haemorrhoids, venous insufficiency and broken thread veins. 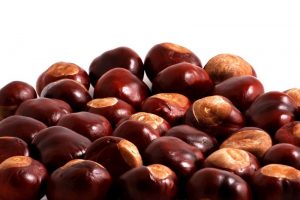 The active ingredients are saponins called Aesculin and Aescin which stimulate regeneration of weakened veins, increases elasticity of vein walls, invigorate the circulation and reduce inflammation.

Witch hazel has been valued as an astringent toner for more than a century as well as a treatment for swollen or sprained joints.

Essential oils are the essence of a plant and play a powerful role in the plant’s immune system.
These aromatic substances are concentrated so only a little is needed, always used diluted in a carrier, usually oil such as Peach Kernel but sometimes a lotion or cream, even a shampoo.